Rome, 382 AD. When the Pontiff commissions Jerome to translate the Bible into Latin, it is a political masterstroke. Jerome’s Vulgate displaces the many alternative biblical texts and plays a critical role in establishing Christianity as a world religion. Yet Jerome is his own worst enemy and quickly alienates the ruling elite, many of whom are targets of his famously sarcastic wit.

What is less known is that Jerome is assisted by a circle of aristocratic women who risk their lives in the pursuit of their ideals. Chief among them is the attractive young widow Paula, as devoted to Jerome as she is to his cause. Rumours circulate as his enemies plot to dispose of Jerome once and for all …

Will appeal to readers of historical fiction, especially those interested in Ancient Rome, Christianity, and the often surprising role of women in the ancient world.

Praise for Jerome & His Women

Richard JohnsonEmeritus Professor of Classics, Australian National University
Read More
‘This is more than an historical novel bringing alive to us an unfamiliar time and society. It is essentially a story about human hearts and minds facing challenges that, in time, confront us all.’
Mario BaghosLiterature and Aesthetics: The Journal of the Sydney Society of Literature and Aesthetics
Read More
‘Offers incredible insight into the achievements of a much maligned yet very important figure … and the women surrounding him.’ 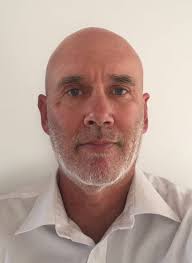 Robert FairheadWriting NSW
Read More
‘That’s the twin gift of ​Jerome and His Women​: it is an insight into extraordinary times and people, and into a talented researcher and writer.’
Richard Blake, novelistRichard Blake’s reviews
Read More
‘A compelling vision … of what Rome was like at a particular moment in its transition from capital of a pagan empire to the City of God.
Fred MenchProfessor of Classics, Emeritus
Read More
‘If you have a religious/theological interest and want to see real historical characters who are involved in those matters brought to life, this is your book.’
John ScanlonNational Council of Priests of Australia
Read More
‘(O’Hagan) … makes this flawed genius more understandable as a human being … and gives us the wonderful story of St Paula of Rome, patron saint of widows … That story alone is enough to recommend this book.’
Wendy J. DunnAward-winning historical fiction author
Read More
'O’Hagan pens a meticulously researched novel that vividly shines a light on a time that shaped Western society forevermore.'
Previous
Next